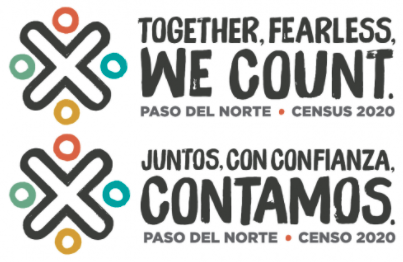 The CCC and its member organizations were funded by the City, County, local council of governments, local foundations and businesses, and the Texas Counts Pooled Fund.

Data was a key element of the CCC’s campaign – previous Census data was analyzed to identify HTC communities, a digital survey was conducted in English and Spanish to gauge resident’s knowledge of the Census and barriers to completion, focus groups with bilingual community leaders, and the County dedicated a Data Analyst to assist the CCC with their data-driven approach.

Research determined that the area’s HTC community was primarily Hispanic, with low household income, speak little to no English, live in rural or underdeveloped neighborhoods (colonias), and do not have health insurance or internet access. Another major HTC community were soldiers, their families, and other military staff working at the Fort Bliss Army base in El Paso due to the transient nature of their residence.

Utilizing the strength of community and trusted voices was a vital strategy for the CCC’s Census outreach. Working closely with community leaders shifted responsibility of the Census from the government and reclaimed it for the community – an authentic, community-first approach that resonated with HTC residents. Trusted voices included school district superintendents, elected officials, nonprofit organizations, local media personalities, and church pastors.

One of the most important Census messengers were promotoras, Spanish-speaking female health workers that provide healthcare in underserved communities like colonias. Since they were already established and regularly engaged in target HTC communities, they were able to effectively promote the Census and tie its importance to healthcare and other social services. Promotoras attended Census pop-up events, visited food banks, churches, school lunch distributions, school supply drives, and grocery stores. The promotora’s campaign, “Frontera Censo“, was organized by UTHealth’s School of Public Health in El Paso.

Partnership with the school districts of El Paso County was another highly effective strategy, as schools were a trusted source of information for parents. Through a bilingual Census text message program with ISDs and Head Start, approximately 45,000 families were reached. Schools also promoted the Census through emails, social media, flyers in school lunches, and talking about the Census during parent or student events.