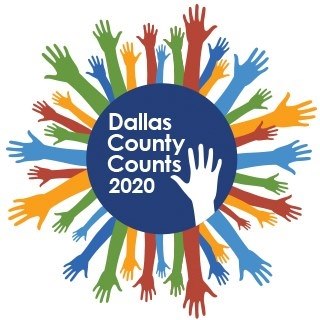 The 2020 Dallas Complete Count Initiative was a collaboration between the City and County of Dallas. The CCC brought together a cross-sector coalition of leaders to support a complete and accurate 2020 Census count for the over 2.5 million residents of the region.

Of the 254 counties in Texas, Dallas had the second-highest risk of undercount in the 2020 Census – approximately one-third (879,601) of the county’s population residents live in hard-to-count (HTC) communities.

The City and County invested over $2 million in Census outreach. One program funded by this investment was hiring a professional consultant to assist with Census outreach. The vendor, selected through a formal bid process, was Alpha Business Images (ABI).

Additionally, with the support of Dallas Mayor Eric Johnson and Dallas County Judge Clay Jenkins, as well as their respective city and county teams, Communities Foundation of Texas (CFT) established the Complete Count Dallas Fund. The fund’s purpose was to boost crucial get-out-the-count efforts in the community led by the Dallas Complete Count Initiative, bringing together resources to bridge the gap between funds allocated by the City and the needs identified by the Complete Count Committee.

Early in the Census outreach process, ABI led a focus group research process to gain insights about the area’s HTC communities and what messaging would most effectively encourage Census self-response. Among Dallas’ HTC communities were Hispanic and African American populations, as well as areas with no internet access.

In planning events and other outreach, ABI worked with subcontractors, trusted voices, and volunteers that belonged to the communities they were engaging to make the Census more approachable and trustworthy. These Census Champions would attend pop-up events and go door-to-door to inform the public about the importance of the Census and dispel fear about the citizenship question.

The Services of Hope (SOH) nonprofit was part of both the City and County’s Census outreach efforts, and received a grant from the Texas Counts Pooled Fund. The nonprofit primarily works with underserved schools in the area as well as social services such as a food pantry and rent assistance program.

Near the end of Census outreach, the Texas Counts Pooled Fund (TCPF) partnered with ABI to fund and conduct a massive Census phone banking campaign. Similar campaigns were launched at this time under the TCPF in rural west Texas, the gulf coast, and statewide as a last push for the Census. Learn more about the Census phone banking program and other Texas Counts Pooled Fund initiatives here.

Overall, the campaign reached 107,000 households across the Dallas metroplex. Callers reported that a majority of calls – 81% – produced informative and positive discussions regarding the Census, leading to households’ verbal commitment to complete the Census. It is estimated that the reach of this phone banking campaign can yield $40,000,000 in funding for the north Texas region over the next decade, $20,800,000 in Dallas alone.