Home » Who We Are » Texas Counts Campaign

Every Texan led the campaign arm of Texas Counts. When the Texas Counts Campaign (TCC) was established, it consisted of a coalition of grasstops organizations engaging in coordinated Census efforts. With the absence of a state-sponsored CCC and need for census coordination, the campaign quickly transformed into an unofficial state complete count effort that engaged hundreds of Census champions across Texas.

Texas Counts served as a partner, connector, and hub during the 2020 Census: 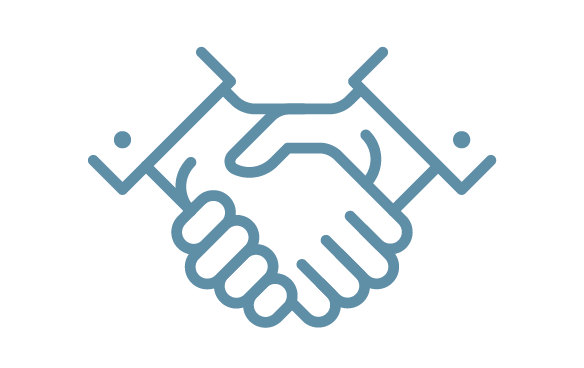 Texas Counts proudly joins a strong group of local complete count efforts happening across the state led by local leaders, governments, and NGO entities. We are partners in this work and aim to amplify the efforts led by local Complete Count Committees (CCC) and the Census Bureau. 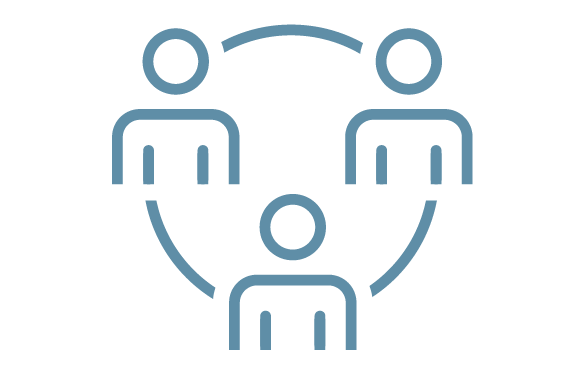 Texas Counts is a virtual community where Census champions from across Texas can come together to support each other’s GOTC efforts. Census champions share information, resources, best practices, and challenges on getting out the count. 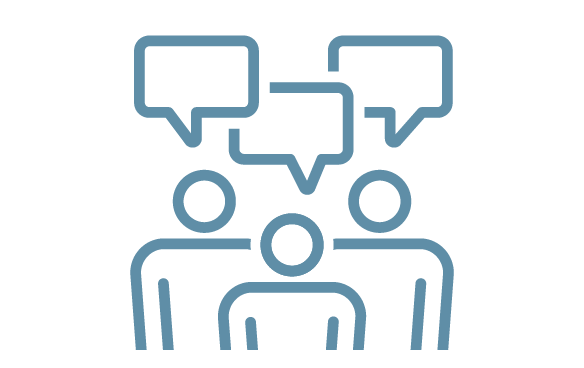 Texas Counts is a hub for all things Census 2020 in Texas. We house resources from across the country and state to ensure Texans feel prepared to engage in Census outreach. In addition, we host a forum for Texans to ask questions and share insights about their Census work. 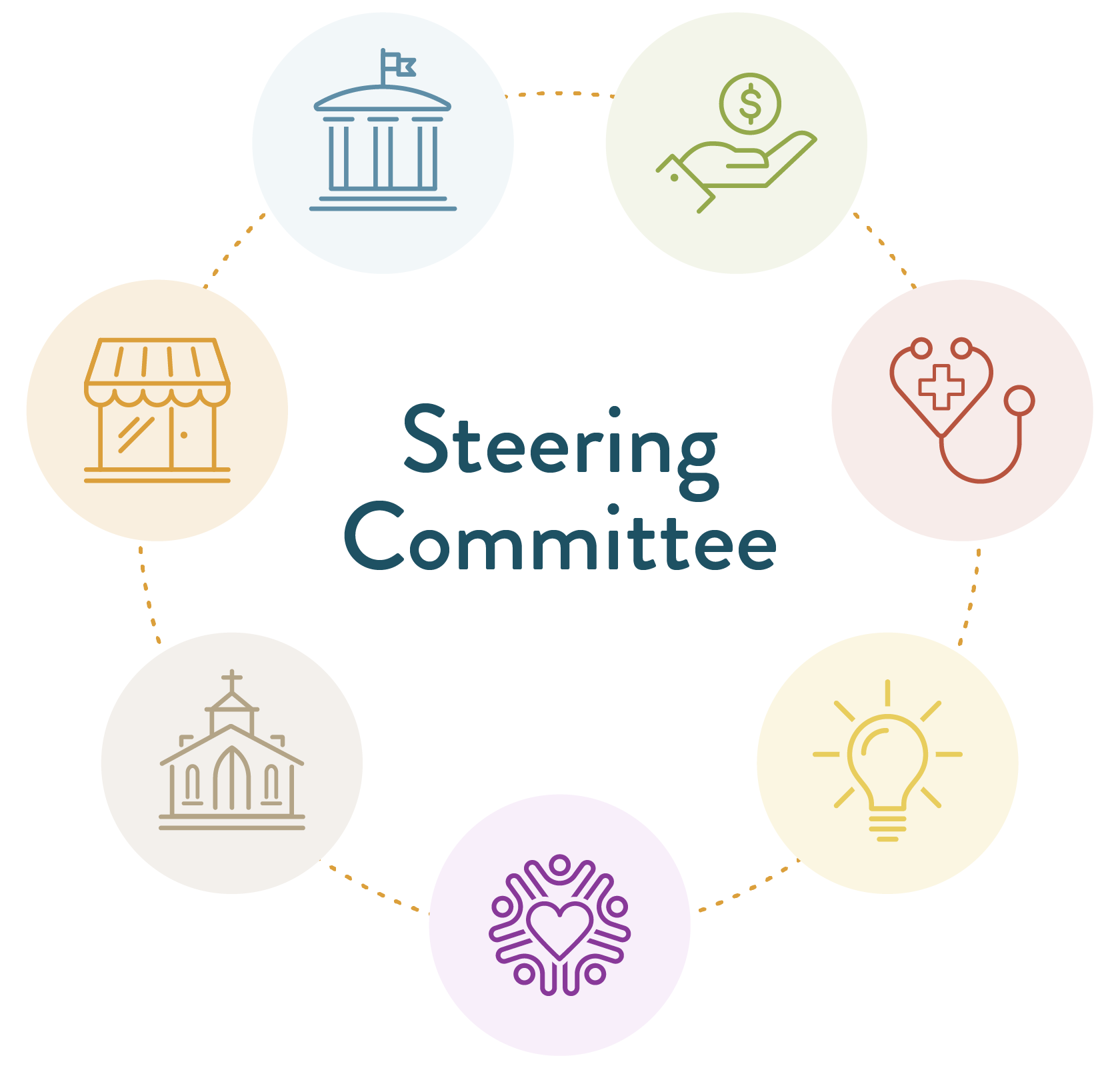 In addition to serving as Steering Committee members, representatives served as sector subcommittee co-chairs. Subcommittee co-chairs, along with Every Texan and CFT, engaged and recruited dozens of organizations and entities across Texas with a regional or statewide reach to participate in the subcommittees.

When joining the subcommittees, members were asked to leverage their existing networks and activities to reach HTC communities, identify census outreach needs and opportunities, and engage their partners and local communities in census efforts.

The subcommittees served as a strong starting point for many Census champions to be informed about what the 2020 Census was, why it was important, and how to engage communities to respond. Up until the start of the 2020 Census, many subcommittee meetings served as a place of information versus a place of strategy. With the impact of COVID-19, many subcommittees dissolved and members moved to attend general Texas Counts events and meetings like the Texas Counts Weekly Update.

Below were the founding members of the TCC Steering Committee: 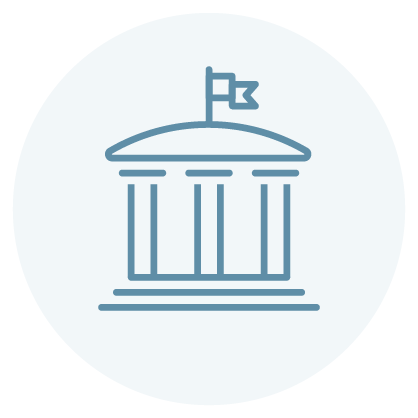 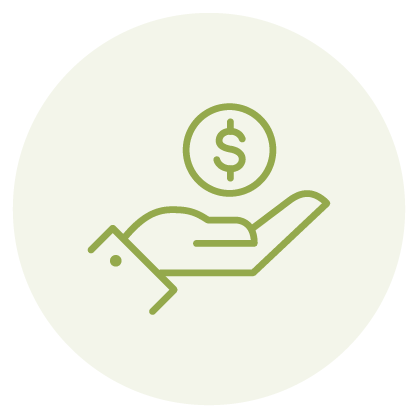 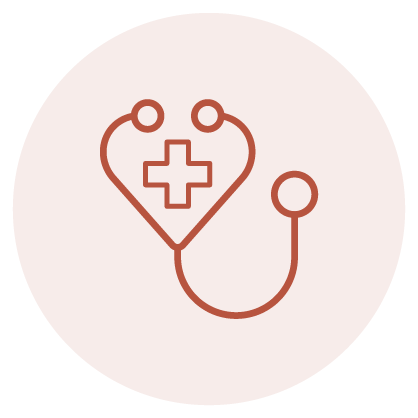 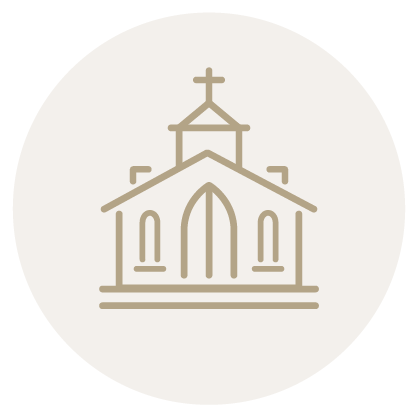 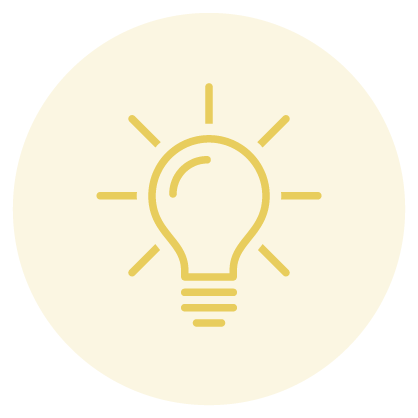 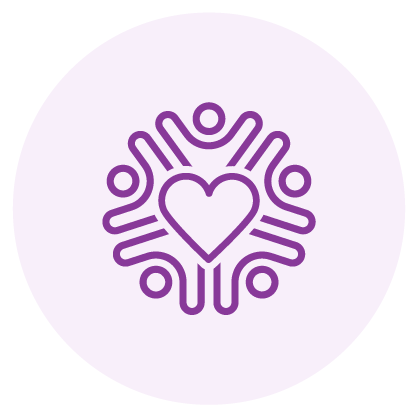 The fundamental structure of the strategy was based on a simple outreach formula. The Campaign provided information and resources to Census champions across Texas. Census champions utilized these resources coupled with their voices to engage and encourage their communities to respond. Communities were counted on the 2020 Census.

While the spirit of the strategy stayed consistent, Texas Counts pivoted components of the strategy to meet the needs of Census champions. Throughout the campaign, Texas Counts provided different opportunities, information, and tactics to help get-out-the-count such as weekly updates calls, toolkits, digital advocacy trainings, and more.

Two of the campaign’s most effective strategies are below.

Starting March 23, 2020, the Texas Counts Campaign began hosting Weekly Updates in partnership with NALEO Educational Fund and the Texas Demographic Center in response to the COVID-19 pandemic and the needs of Census champions.

At this stage of Census outreach, one of the clearest needs from Census champions was accessible information and resources. Calls served this need by creating an accessible space where information and support could be relayed regarding the 2020 Census, self-response numbers, and outreach strategies.

Nearly every week up until the end of the 2020 Census in October, Texas Counts hosted a live census update for hundreds of Census champions to ensure they had the necessary information and resources needed to get-out-the-count in their communities. Census champions reported that the Weekly Update call was one of the most useful resources Texas Counts provided. 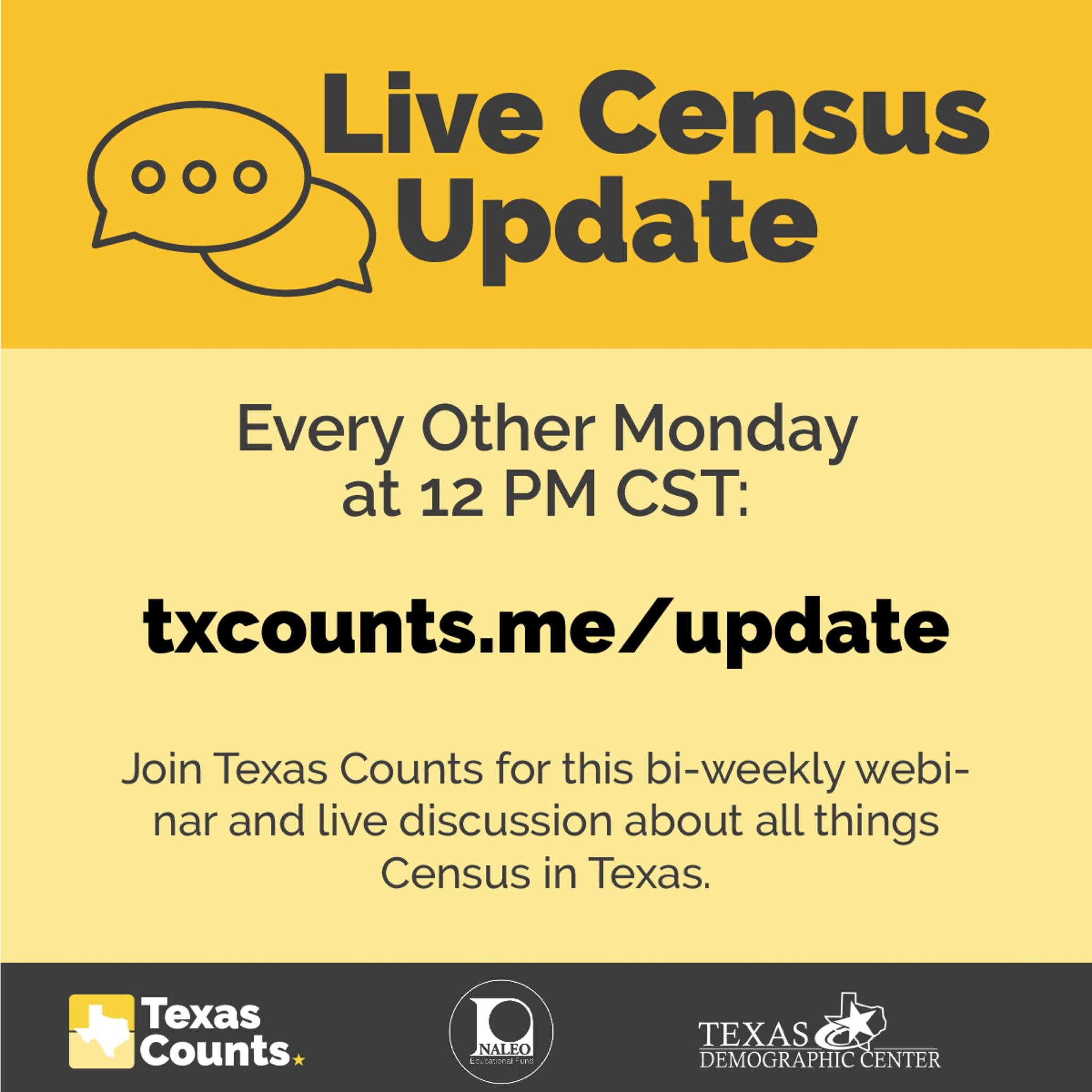 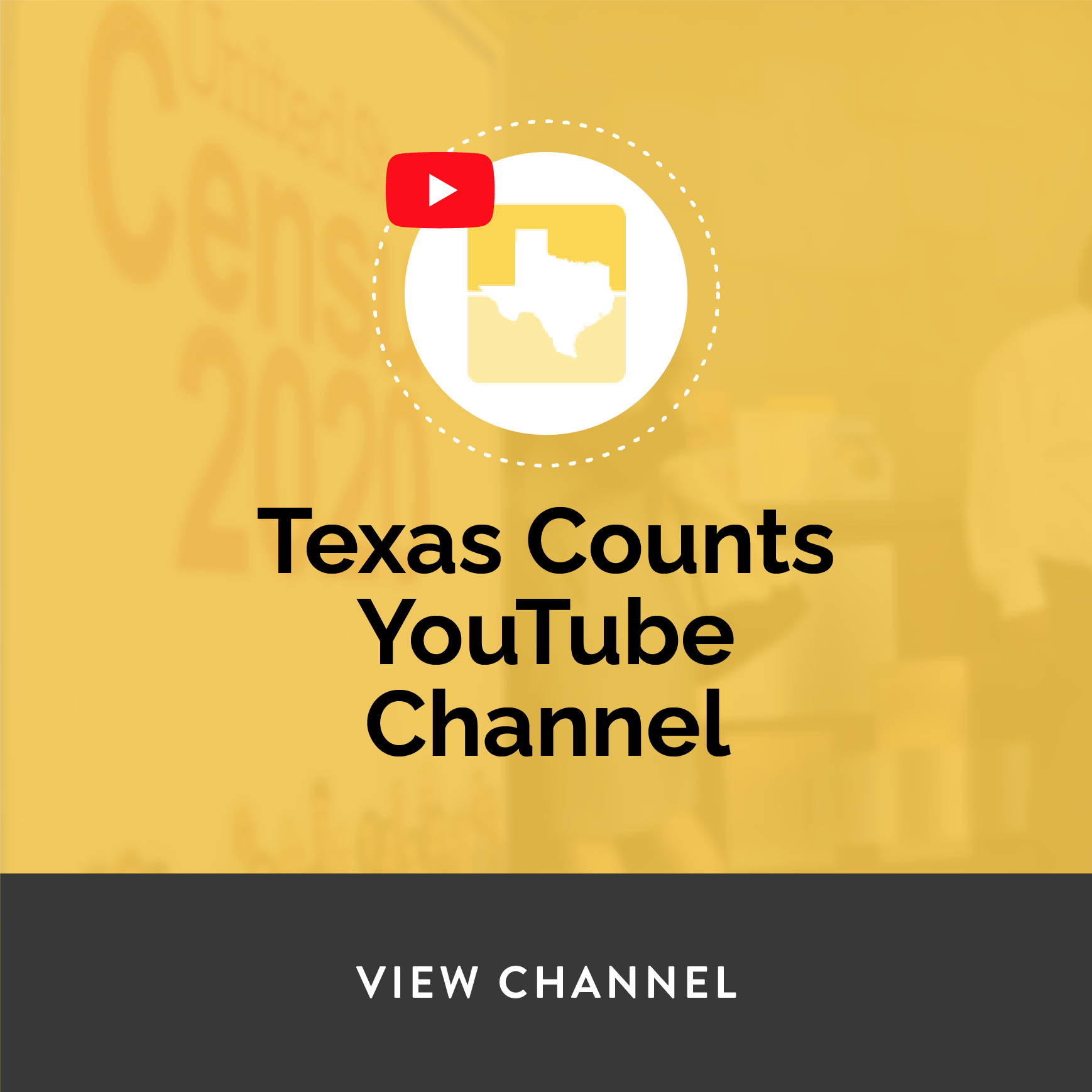 The Texas Counts Road trip was a virtual road trip to all regions of Texas to bring awareness to the Census and celebrate what makes Texas communities unique. The hope was to increase self-response rates across Texas by having a week full of get-out-the-count (GOTC) efforts led by Census champions in their communities. Texas Counts partnered with the Census Bureau and Census champions on this effort.

Each day of the week, the road trip virtually visited a different region of Texas. On these days, Census champions led efforts in their communities to promote the 2020 Census. In addition, Texans from across the state can tune into programming and efforts happening in the region. This was an opportunity to remind communities to complete the Census while also getting to virtually visit folks across Texas.